Boston Terrier – What sort of Dog is it? 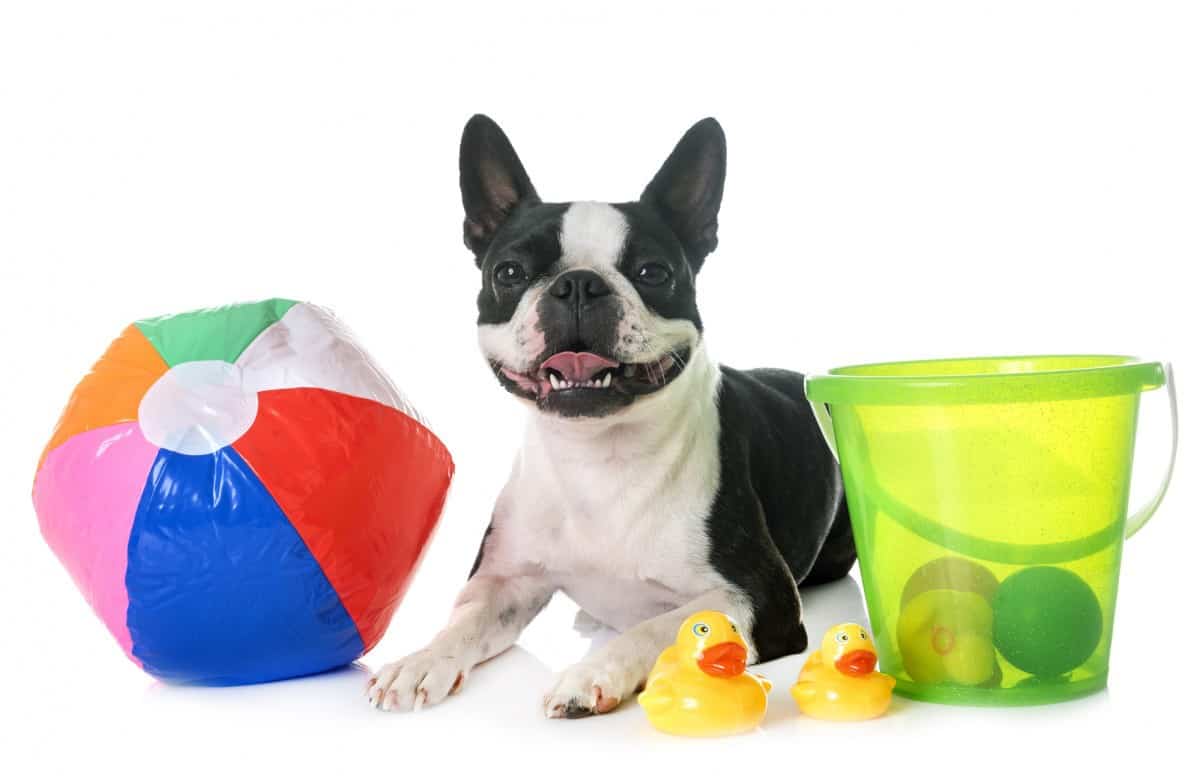 It has a short smooth coat of fur, usually in Brindle, Seal (blackish brown), or Black with white markings on the muzzle, between the eyes neck and chest and occasionally the front feet.

The History of the Boston Terrier

Coachmen employed by wealthy people in Boston, Massachusetts were interbreeding some of their employers dogs during the late 1860’s. This practice led to a cross between an English Terrier and a Bulldog resulting in a breed known as Hoopers Judge. The progeny of this breed were consistently breed to decrease in size until by 1889 the breed had become very popularthat fanciers of this breed formed the American Bull Terrier Club.

With some disagreement over the various nicknames that ensued from different fanciers of this breed it was eventually named the Boston Terrier, so named after its birthplace and thus followed the recognition by AKC in 1893, sealing its name and breed type.

Once recognised as a breed by the AKC this dog gained much favour throughout the United States becoming one of the most popular breeds during the mid 1900’s.

Temperament of the Boston Terrier

One of the likely reasons this dog has remain popular is because of its playful and devoted nature. Inquisitive and often sensitive to the way there owners are feeling they can be very attentive to an owners needs.

They are keen and quick learners for commands by their owners, although occasionally will be stubborn to move.

They can have a tendency to bark, can be wary of strangers and for those out walking can be nervously aggressive toward strange dogs.

Because of their high intelligence their boredom threshold can be low so you will need to keep this breed entertained with affection and games, puzzles and chews.

Health of a Boston Terrier

The biggest health concern with these dogs is Brachycephalic syndrome – See our post here.

In general these dogs are fairly fit and healthy provided exercise is regular. Very occasionally you may a knee problem with Patellar Luxation. 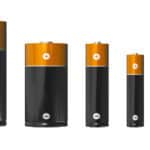 My Dog Ate a Battery! Is it Poisonous? 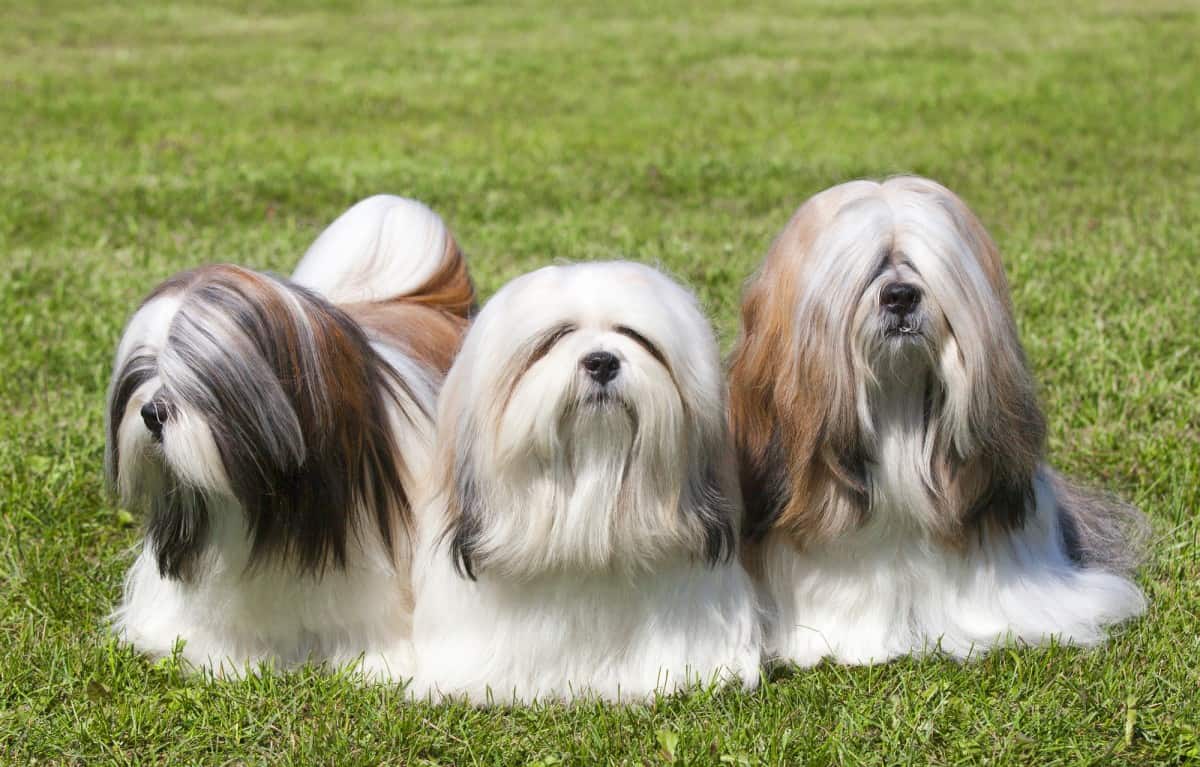 The Lhasa Apso is a companion lap dog weighing around 6 to 7kgs and stands at just 23 to 28cm. They generally live for around 14 years and are a Pedigree breed recognised by all the major kennel clubs and placed in the Utility Group. The Lhasa Apso They are a wonderful companion thanks to… 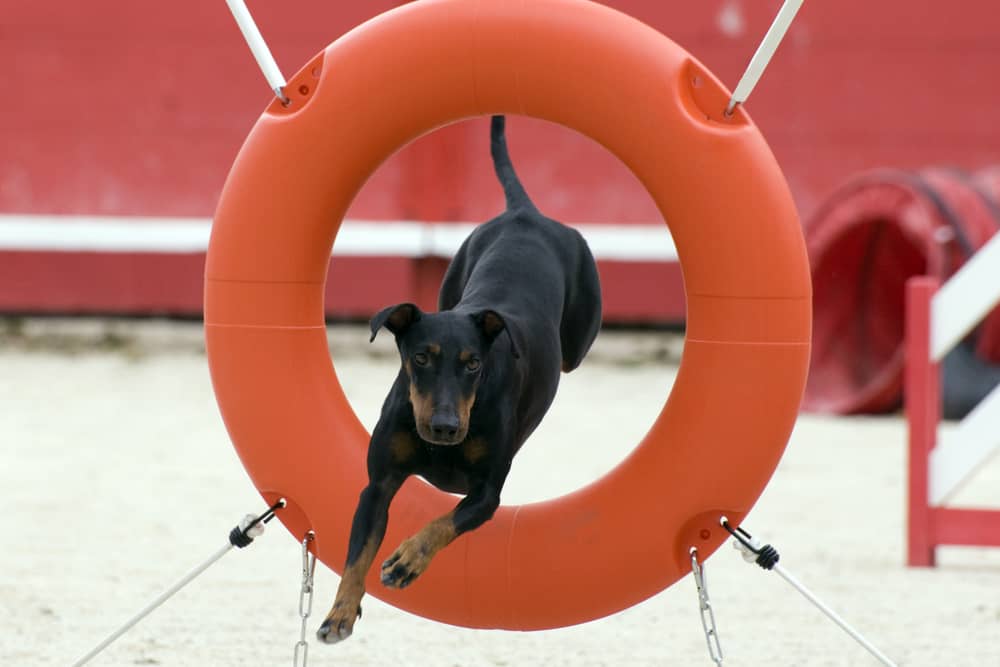 Whilst many Terrier dogs find it difficult to acclimatise to family life the Manchester Terrier is a sensitive and devoted family dog. Despite that this dog was originally bred for ratting and rabbit hunting they have evolved into excellent dogs for children and adults alike, particularly those families that are active and enjoy tie outside….