What is PLL or Primary Lens Luxation? 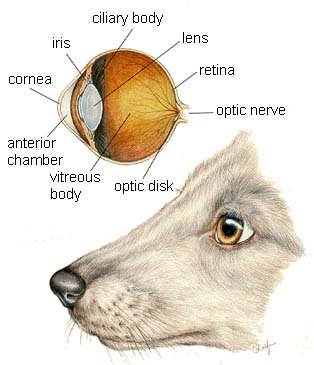 Primary Lens Luxation or PLL is an autosomal-recessive disease that is gene inherited. It creates a weakening of the zonular fibres within the eye which can then lead to a dislocation of the lens within the eyeball. This then gives partial or full blindness and can appear in one or both eyes.

The lens is a transparent structure inside the eye that lies just behind the pupil. In the eye of a dog, the lens lies directly behind the pupil and iris. It helps focus light onto the retina and is held in place by tiny threads (zonular) or fibres around its edge.

Primary Lens Luxation (PLL) is a medical disorder characterized by the weakening of those zonular fibres. Eventually, the weakened fibres lead to the dislocation of the lens within the eye.

In short, the the zonular fibres breakdown or disintegrate in PLL-affected dogs, this causes the lens to fall or shift into the wrong position (dislocate or luxate) within the eye.

PLL is an autosomal-recessive disease

Primary Lens Luxation is an autosomal-recessive disease. This means that they must inherit two copies of an abnormal gene from the father and one from the mother, for a dog to be affected.

A dog that inherits only one copy of the gene (from either parent) will have no symptoms of PLL, but they will be a carrier of the disease and could pass the abnormal gene on to any of their offspring.

If the condition is known to be a hereditary problem for the breed and if detected early Primary Lens Luxation can be managed and treated successfully. Regular ophthalmic checks by a vet are critical for the early detection of this condition. If it is going to occur, then it is usually when the dog is around 3-6 years old.

For the dog, this can be very painful dependant upon where the lens has moved to within the eye, once it has moved it can then leave them permanently blind.

A dog might go blind if the luxation and increased pressure last over 48 hours without treatment. It is the increased pressure that causes pain in your dog. In such a case, your veterinarian could save the dog’s vision with surgery.

Many cases of Primary Lens Luxation cases are hereditary caused by a weakness in the threads that hold the lens in place. PLL is a common condition found in many terrier breeds and DNA testing can be used for the detection of the likelihood of the condition.

Progression and other causes of PLL

Some causes of the condition are other eye diseases like cataracts, increased intraocular pressure (glaucoma), and eye inflammation. These diseases can also cause damage to the threads holding the lens in place, and eventually, it comes loose.

Primary lens luxation, unfortunately, affects both eyes, though not necessarily simultaneously. There will, however, often be early signs of partial lens dislocation in the second eye that is noticeable from the time that the problem in the first eye is noticed.

Usually, without timely treatment, the second lens will dislocate within a couple of months after the first. The natural progression of PLL without surgery is blindness in both eyes. Glaucoma may then develop, which may mean removing one or both eyes to relieve pain. Primary glaucoma generally occurs in middle-aged older dogs of specific breeds.

In some dogs, ligaments that support the lens weaken or break, causing it to shift from its position.

The lens can fall backward into the dog’s eye, referred to as posterior luxation, and in such a case, it rarely causes discomfort.

Alternatively, it can fall forward into the eye, known as anterior luxation. It will block fluid drainage from the eye resulting in increased intraocular pressure (IOP) or glaucoma. This is extremely stressful for a dog, generally painful, and could cause permanent blindness.

Often, lens luxation is secondary to other conditions like eye cancer, uveitis, glaucoma, cancer, or in rare cases, trauma and overuse of medications like atropine. The formation of cataracts is often followed by glaucoma and primary lens luxation in dogs.

An inherited abnormality, PLL affects several dog breeds of dogs. The age of onset varies, although the condition typically manifests between 2 to 8 years of age with signs of eye irritation, tearing in one eye, excessive blinking, and squinting.

Although forward dislocation is more serious and common, it can occur in both the backward and forward position within the eye. If the dislocation is not treated immediately, it can lead to vision loss and glaucoma.

Subluxation or partial dislocation can be detected easily at the vets during an eye exam. Most symptoms, however, are seen when the dog’s lens falls into the anterior chamber in front of the pupil. With posterior luxation, the signs are not so clear.

Some general signs of PLL include:

In a glaucomatous eye, lens luxation doesn’t necessarily mean that the dislocation or luxation was the principal cause of glaucoma. The luxation may have led to glaucoma.

In dogs with PLL, both eyes are affected, but the disease typically manifests in only one eye first. This inevitably means that if your pet is diagnosed with the disease in one eye, the second eye will become affected at a later date. Therefore, treatment decisions should be made for both eyes at the time of PLL diagnosis.

Secondary lens luxation is when the other eye conditions lead to zonular defects. In such a case, a chronic increase in intraocular pressure results in an enlargement of the globe, and the stretching eventually ruptures the zonules. Secondary lens luxation happens due to many conditions, including chronic glaucoma, hypermature cataracts, chronic uveitis, and trauma.

It’s not easy to diagnose both types of lens luxation. When diagnosed early, lens subluxation can be managed medically. Generally, therapy is directed at treating and preventing glaucoma and uveitis.

The condition is commonly found in terrier breeds, although it can occasionally be seen in other breeds or crossbreeds. For an appropriate diagnosis, first, the veterinarian will examine the anterior lens chamber. The veterinarian may also examine the vitreous cavity floor.

Other types of diagnostic examinations include the following:

Sometimes, administering eye drops for pupil constriction can help prevent a case of the subluxated lens from worsening or from falling through the pupil. However, the increased tension on the remaining zonules may have adverse outcomes when combined with their genetic weakness. It may result in increasing breakages and even extensive detachment such that the lens becomes fully detached.

My dogs eye is red, swollen and is in pain

Although emergency treatment is necessary for lens luxation, the signs that a dog is unwell are subtle, and many pet owners even fail to recognize them in advance. By the time your four-legged pal is squinting and the eye is red or swollen, he will likely be in considerable pain. If eye pressure goes for over 72 hours without treatment or if bleeding occurs, the chance of saving his vision is low.

The lens can either fall backward or forward. When loose, it could cause uveitis or secondary glaucoma, which comes with the loss of vision and pain. Although one lens usually becomes loose before the other, both are affected and will in time luxate. For a loose lens, the only treatment is to remove it surgically. The procedure is, however, very invasive.

Over recent years, the surgical techniques and equipment have dramatically improved such that lens removal is now a routine procedure done via phacoemulsification. The technique employs ultrasonic energy for lens fragmentation into small pieces. That allows the removal of the fragments through a smaller incision. This is the same surgical technique used in cataract surgery and very similar to the breakdown and removal of kidney stones.

Early and timely diagnosis of lens instability is crucial for the success of treatment and subsequent management. Regardless of whether the treatment chosen is surgical or medical, dog owners are encouraged to present their pets for regular re-examinations by their ophthalmologist.

After surgery, your dog might be hospitalized for monitoring and rest for a few days. Once home, ensure he is in a quiet environment and not allowed to climb stairs, run, or jump. For an initial couple of weeks, the only recommended exercise should be short leash walks. All post-operative medications and feeding should be done as directed by the veterinarian.

After receiving treatment, the dog’s eye pressure needs to be monitored closely. Any medications must be administered as per the vet’s instructions. It’s essential to schedule a follow-up visit as advised by your veterinarian. Your dog could experience secondary complications, and if he seems to be in pain or uncomfortable, consult a vet or contact the clinic for an appointment.

Most dogs cope quite well without a lens, although they will take some time to adapt to the new situation. Even without a lens, most dogs can avoid bumping into objects or still chase a ball. 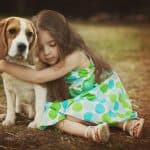 What is a Beagle?

What is PRA or Progressive Retinal Atrophy? 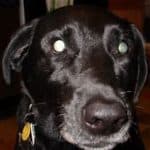 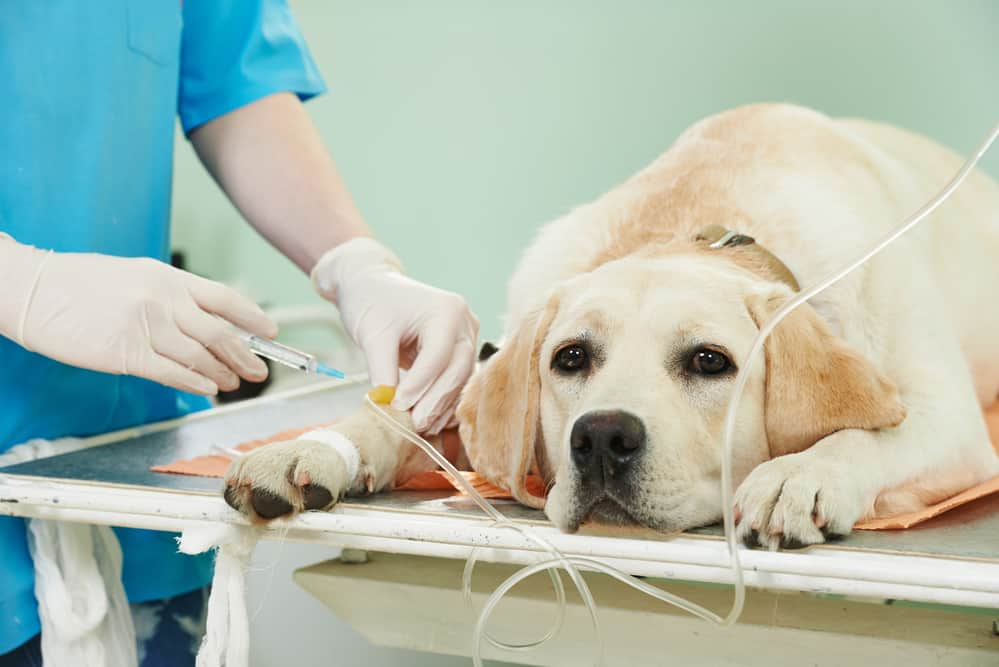 Hyperthyroidism in Dogs, what is it? 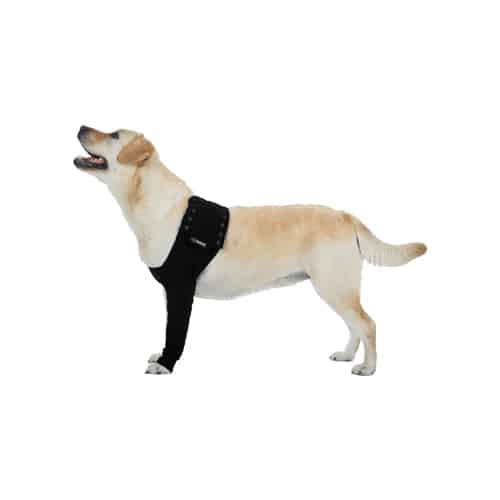 Osteochondritis dissecans (OCD) is an abnormal development of bone tissue from cartilage. The most commonly affected are the shoulder and elbow joints. Within joints like the shoulder, knee, elbow, and ankle, a cartilage flap develops causing lameness. The cartilage flap can detach itself completely from the underlying bone structure and get lodged in the back… 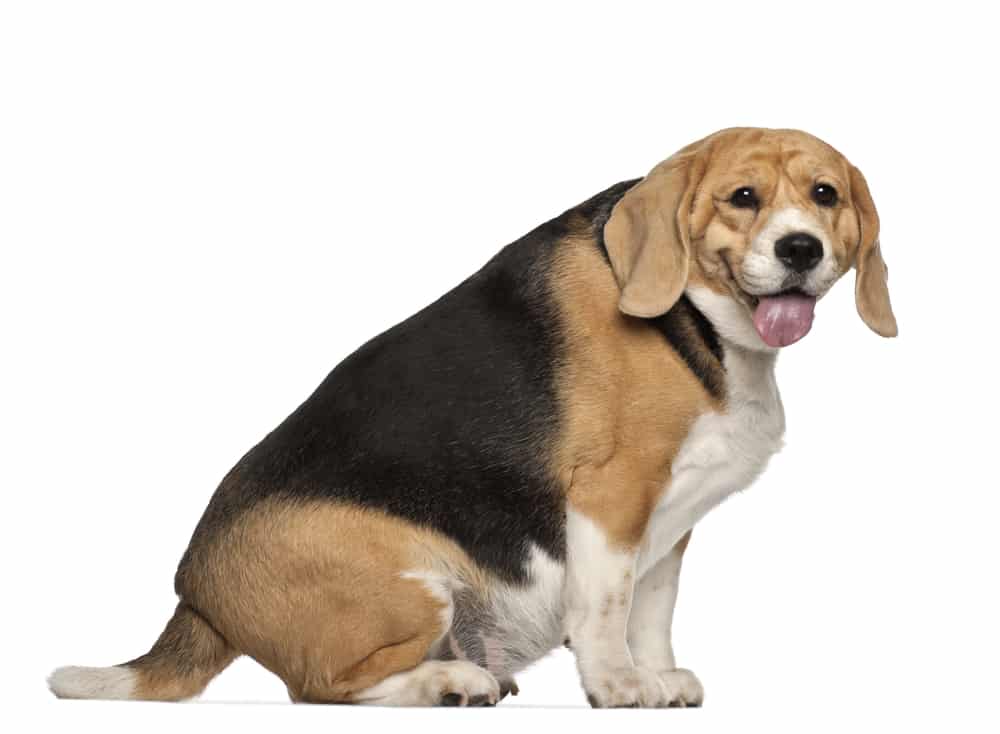 Hypothyroidism in dogs occurs when the animal cannot secrete enough thyroid hormones and is usually caused by a thyroid disease. Thyroid disease is relatively common in some breeds of dog and for those affected it can cause your pet’s metabolism to slow down. Just to be certain of what we here are talking about in…